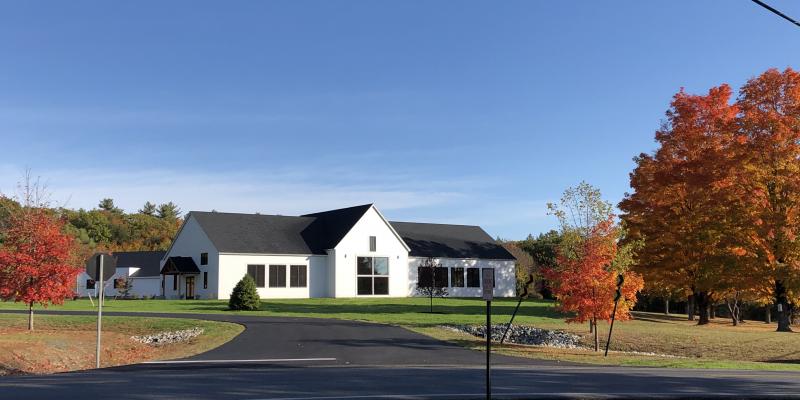 The original Wescustogo Community Center was a former Grange Hall, built in the 1950’s through volunteer labor and financed with bean suppers and other fundraisers. When fire destroyed the building in August of 2013, the residents approved funding to create a 17,000 square foot community center. The location of the former North Yarmouth Memorial School was selected, prompting construction of a building addition along with demolition of two wings of the former school. Renovated spaces include the gym, stage, kitchen and hallway areas which are attached to the new building addition through a lobby.